Florida has dynamic beef, dairy, and equine industries (with an increasing demand for sheep and goat production), but this production is hampered by a lack of nutritious forage from October to March when subtropical forage species are dormant. Small grains can provide an alternative high-quality feed, hay, or silage during these months.

In recent decades, producers in the southeastern U.S. have increased small grains production for forage (and sometimes silage and hay) rather than growing these crops strictly to produce cereal grains. These small grains include oat, wheat, barley, rye, and triticale (a man-made cross between wheat and rye). 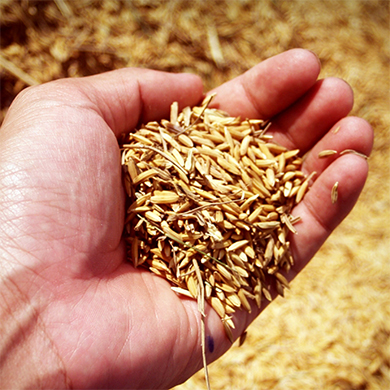 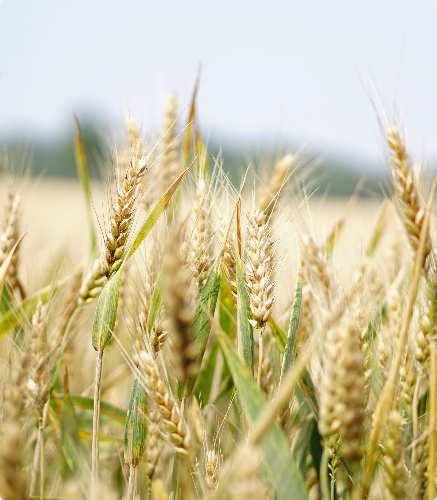 UF/IFAS has a long history of small grains cultivar development, beginning with the release of several oat cultivars in the early 1940s. In response to commercial interest, in 1998, the UF/IFAS small grains breeding program began putting more emphasis on developing cultivars with superior forage characteristics. Since that time, UF/IFAS has released more than a dozen cultivars.

Many advances in small grains breeding and genetics have occurred, aiding in the development of more productive, nutritious, pest-resistant, and environmentally-friendly cultivars. Florida’s mild winters create favorable conditions for pest insects and fungal diseases, which are the major factors limiting production of small grains in Florida. Knowing this, researchers identify germplasm that provides new sources of genetic resistance and use this germplasm to develop new cultivars. 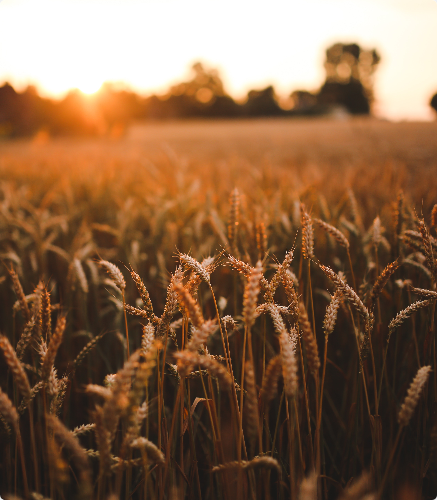 Cereal rye is often grown in Florida for winter grazing or as a cover crop for erosion control. Inheritance studies have shown that development of dwarf rye cultivars should be possible and may be useful as a cover crop or a cereal grain. Oat breeding remains a priority for the program as a forage and as a grain. Most of the breeding emphasis has focused on resistance to crown rust and barley yellow dwarf virus, as well as the development of a hull-less variety. Triticale has considerable potential as a forage crop and is becoming a popular silage crop for the dairy industry. Varieties released in 2003, ‘342’ and ‘Monarch’, and more recently 'FL01143', an awnless triticale, are now widely grown in the southeastern U.S.

As the UF/IFAS small grains-breeding program advances, new grain-type releases are anticipated, particularly novel wheat varieties developed for milling purposes and for tropical and subtropical environments. Moving forward, a strong focus will be on pest resistance, particularly resistance to Hessian fly, one of the most significant pests of wheat. With new breeding methods developed through the use of molecular genetics and the availability of novel exotic germplasm, commercial hybridization technology is on the near horizon.

Future cultivar development in all small grains used as feed, forage and fuel will be aimed at improving heat tolerance during seed fill, as well as adaptation to subtropical and tropical environments.

‘Florida 501’ (1968): This oat variety has been widely planted for nearly five decades and is known for its uniformity, high grain quality, and early forage yields.

‘Florida 302’ (1984): This high-yielding variety was the dominant wheat variety across the southern U.S. in the late 1980s. By 1988, it was grown on at least 3 million acres a year from eastern Texas to southeastern Pennsylvania.

‘342’, US PVP 200600020 (2003): This triticale variety was jointly released by UF/IFAS and the University of Georgia and has been very popular throughout the southeastern U.S. over the past decade. It can be used as a grain crop and a forage crop.

‘Horizon 270’, US PVP 200900002 (2007): This oat variety was jointly released by UF/IFAS and Louisiana State University and was popular due to its excellent grain yield and resistance to crown and stem rust.

‘Horizon 201’, US PVP 200900466 (2007): This oat variety was jointly released by UF/IFAS and Louisiana State University and has been an excellent forage-type oat because of its vigorous growth and high-tillering capacity. It is broadly adapted to the southeastern U.S. 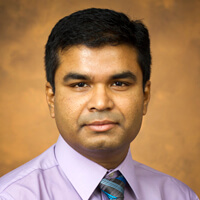 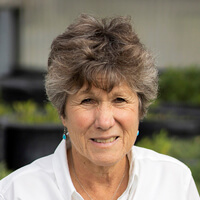